Your refrigerator is watching you. Now comes the debate over that data 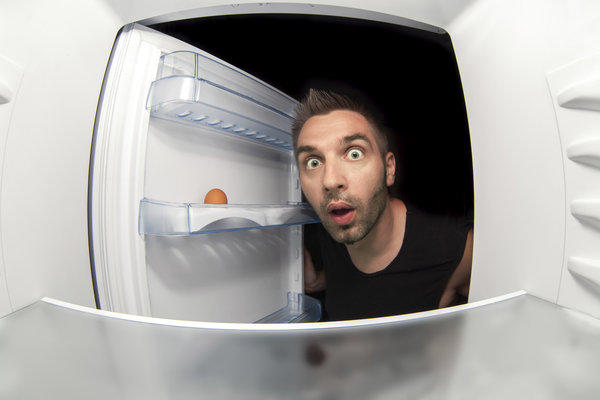 (This story was published in the Chicago Tribune November 12, 2013)
By John Carpenter
Blue Sky Reporter

The “Internet of things” is here, with tiny devices talking to other tiny devices, and to not-so-tiny computers, and to the not-even-close-to-tiny corporations that own them, and maybe even to us.

But the evolving landscape of constantly tracked and updated data brings with it a host of questions that were kicked around Tuesday at a conference sponsored by the Illinois Technology Association.

“Exploring the Internet of Things” featured industry leaders including Peter Tapling, president and CEO of Authentify, a leading provider of mobile authentication services.

“Your refrigerator is telling you that you need to buy more apples,” Tapling observed at the start of one session. “The question is: Who else knows you need to order more apples? And should they know?”

This seemed to get to the heart of Tuesday’s conversation. Panelists agreed that data-tracking devices, which can be placed in or built into just about any device, offer a host of benefits. These include increased efficiency and cost-savings, health benefits and potentially life-saving alerts. But an agreed-upon set of rules and practices for how these devices are used is still a work in progress.

Graham Toppin, chief technology officer for Infobright, which develops high-performance data analytic platforms, said it will be up to average people to determine how these devices are allowed to operate.

“The onus is on us, as a society, to understand what this means, and to shape it,” he said. “Otherwise, it will shape us.”

Omnilink Systems, which makes a variety of monitoring and tracking devices, offers a product designed for people suffering from Alzheimer’s disease who may wander from their homes and get themselves into dangerous situations. This may seem like a simple product with an undeniable benefit — the ability to alert family members or caregivers to potential danger.

Tapling noted that the United States is far less aggressive than other countries — particularly European countries — when it comes to regulating the privacy of data. And he said people are not very vigilant when it comes to their information, often trading it willingly for a little convenience. People are typically careful about sharing access to financial data, he said, “but once you get past money, apathy goes up significantly.”

Brian Deal, executive director of the Smart Energy Design Assistance Center at the University of Illinois at Urbana-Champaign, pointed out that large buildings already use sophisticated environmental-control technology that is often closely guarded, making it harder for the larger community to track and use detailed information.

This raises the larger issue of a cultural attitude to sharing information.

Eduardo Torrealba, CEO of Osa Technologies, disagreed. His company makes a moisture-monitoring system that waters plants and crops automatically. He is also 26.

“The information is out there,” he said. “People are hungry to adopt new technologies. People in my generation have grown up with these things, and that is what we expect.”

Toppin added: “If we are going to fully utilize the benefits of this technology, there are choices we must make. Therein lies the challenge. How far should it go?”

Toppin argued that the answer is not laws that try to restrict the flow of information. Rather, it is users — all of us — collectively deciding how much information it is acceptable to share.

“Somehow there needs to be a meeting in the middle,” he said.